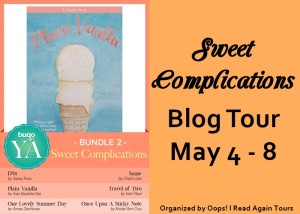 Welcome to my tour stop on the #buqoYA Sweet Complications bundle blog tour! This tour was organized by Oops! I Read Again. Visit the buqo blog for more recaps!

I’ve asked author Kristel Ann Cruz to take over the blog today. Here’s her post on movies that give us feels!

When I was in my pre-teens, I spent my summer vacations at my aunt and uncle’s house in another town. I quickly became friends with the other kids there, particularly with this boy who barely talked to me, but would call me on landline all the time even though he lived next door! We liked each other, but nothing came out of it because, well, we were just kids. In one of our phone conversations though, he promised me that when we grow up, he would pursue me and then we would have a ‘mature’ relationship. When I got to high school, my uncle and his family left their house there and moved nearer to us. The boy would still call me but very rarely, mostly to remind me about his promise, until eventually we lost touch. I wondered what happened to him but didn’t bother to do a quick Facebook search.

Imagine my surprise when he contacted me just a couple of months ago! He wasted no time in declaring that nothing has changed and he still has feelings for me, which made me go, “Huh.” I changed, and I’m sure he has, too. We’re no longer the kids we were, and instead of the intended kilig, I was bothered by his proclamations. I don’t respond to his messages anymore, and I wish he just let things as they were so I could have those sweet summer memories to look back to.

ANYWAY. Mina asked me to write a short article about movies that bring the teen feels, and as much as I would like to include cult favorites Mean Girls, 10 Things I Hate About You, and The Breakfast Club, I figured I should point the spotlight on other movies that deserve to get more attention than they’re currently getting. 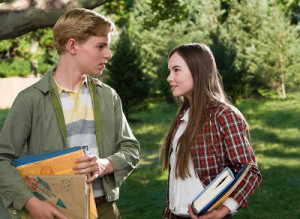 The movie is about the love-hate relationship between cutie Bryce (Callan McAuliffe) and spunky Juli (Madeline Carroll) that started when they were still kids. At first Bryce hated the attention Juli gives him and how desperate she was to be noticed by him, but after a series of events that involve a wish for a first kiss, a sycamore tree, chickens, a yard-makeover, a sit-down dinner, and a fund-raiser by their school things kinda flipped. Suddenly, Bryce couldn’t stop thinking about Juli. There was only one problem: Juli stopped wanting to talk to him.

Loved the book and the movie. The actors did a great job in portraying the characters they played, but what I specifically liked about this film is the he said-she said style of the narration. It was nice to see both sides of the story, and it offered new insights at what’s going on in both characters’ minds. It’s the equivalent of a glass of ice-cold lemonade and honey on a hot and humid summer afternoon. So refreshing and light and nice, this movie is.

“Some of us get dipped in flat, some in satin, some in gloss; but every once in a while, you find someone who’s iridescent. And once you do, nothing will ever compare.” 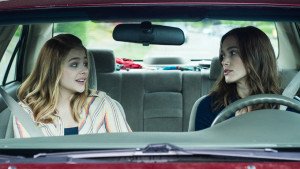 Megan (Keira Knightley) is in the verge of a quarter-life crisis: she doesn’t like her job, she discovered her dad cheating on her mom, and she feels she doesn’t know her friends anymore. Things intensify when her boyfriend proposes and she takes a sabbatical on her new friend Annika’s (Chloe Moretz) house.

I wasn’t expecting much from this film, but it managed to pull on my heartstrings because I recognized being in Megan’s situation. Although it’s more of a coming-of-age movie than a teen film, it deals with issues teenagers face, and I liked how it depicts the reality of being someone who felt lost and managed to find herself back again.

“Okay, I’m gonna tell you two things that I’ve gotten some perspective on after being out of high school for a while now. The first is that a lot of the math they’re teaching you that they swear you’ll use in your life, you won’t. You’re never going to need to use parabolas and you really, really don’t need to know shapes that have more than eight fucking sides. The second, which I’ve only got some perspective on recently, but it’s this. You can’t keep putting aside what you want for some imaginary future. You’ve just got to suck it up and go with your gut.”

IT’S KIND OF A FUNNY STORY 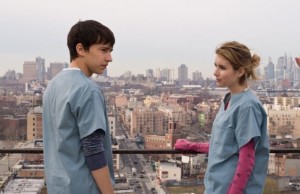 Based on a book by Ned Vizzini, It’s Kind of a Funny Story is about a teenager named Craig Gilner (Keir Gilchrist). He finds himself wanting to kill himself one night so he dials the Suicide Hotline who then advises him to go to the hospital. He is diagnosed with suicidal depression, and we see his everyday struggles with himself as well as the struggles of the people in the psychiatric ward.

I appreciate movies that deal with real issues like this because it opens conversation and spreads awareness. I may prefer the book version more, but I liked the dream sequences and that the movie was able to translate Craig’s city map artwork visually. Him and Noelle (Emma Roberts) has an easy chemisty, and I just couldn’t help but root for two broken spirits who found each other in the unlikeliest of places.

“The difference between today and last Saturday is that for the first time in a while, I can look forward to the things I want to do in my life. Bike, eat, drink, talk. Ride the subway, read, read maps. Make maps, make art. Finish the Gates application. Tell my dad not to stress about it. Hug my mom. Kiss my little sister. Kiss my dad. Make out with Noelle. Make out with her more. Take her on a picnic. See a movie with her. See a movie with Aaron. Heck, see a movie with Nia. Have a party. Tell people my story. Volunteer at 3 North. Help people like Bobby. Like Muqtada. Like me. Draw more. Draw a person. Draw a naked person. Draw Noelle naked. Run, travel, swim, skip. Yeah, I know it’s lame, but, whatever. Skip anyway. Breathe… Live.”

There you have it! Hope you can check these movies out the next time you find yourself with nothing to do and time to kill. Enjoy!

buqo is giving away a powerbank! Join here. 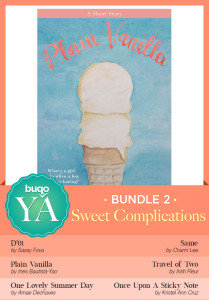