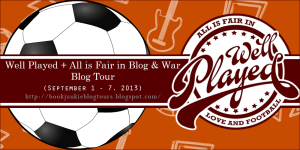 Welcome to today’s stop on the Well Played + All’s Fair in Blog and War blog tour! 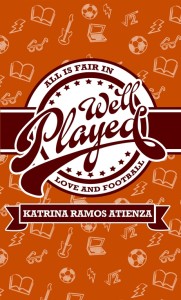 Patrice Reyes is starting her junior year at the University and she’s convinced it’s going to be the best semester ever. For starters, it looks like this is the year her team will win the regional football (soccer, for you Yanks) championships. Her subjects are looking good, and there’s even a chance she might finally get somewhere with her rock star crush. But a new classmate—arrogant, cold Math nerd ( ’nuff said)—is seriously throwing off her groove. Will she ever get rid of him and have the awesome semester she deserves? Or is there truth to never judging (Math) books by their cover?
Buy: Amazon Smashwords Paperback
Well Played, written by my friend Katrina Ramos Atienza, happens to be a modern retelling of Pride and Prejudice set in the Philippines. How modern? And set in the Philippines how? Check out the excerpt below to see — and don’t forget to join the giveaway!

His gaze seemed to search her face. “And that point is?”

“Is that we’re completely different.”

He remained silent, but his expression was incredulous.

“You’re Mr. Analytical Applied Math who hardly speaks and doesn’t dance and hates football and looks down on the arts students,” she said hurriedly.

Paul’s composure was unruffled. “And if I were to go by your argument, I would state the opposite: you are Ms. Illogical Communications major who blurts out whatever comes to mind, makes a fool of herself on the dance floor, would kill over a simple thing like football and resents the science students.”

She swallowed a lump in her throat. “Fair enough,” she said, struggling to contain her shock. “I never really doubted that was what you thought of me.”

“But then you’d be wrong,” said Paul quietly.

“But you just said—”

“What I said was modeled on your argument. I simply took your words and said the opposite, so as to illustrate my point.”

“And your point is?” She leaned forward, challenging him.

Paul suddenly leaned back, seemingly irritated. The waiter arrived with their baked macaroni, but the tension on the table remained.

“I think of you very differently,” he finally said, in a very soft, strange tone of voice that Patrice strained to hear. 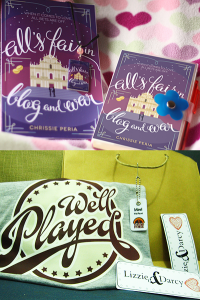 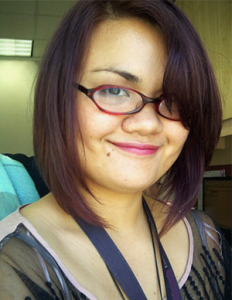 Katrina Ramos Atienza, born and bred in Manila, Philippines, has been writing all her life. She’s worked in the fields of PR and corporate communications while blogging, freelancing and writing fiction. Four chick lit novels (Pink Shoes, 2006; The Hagette, 2006; If the Shoe Fits, 2008 and Shoes Off, 2010) are available in paperback in the Philippines, while her earlier short fiction works have been published in Philippine publications and collected in the Growing Up Filipino II anthology. Well Played (2013) is her first independently published novel. She graduated from the University of the Philippines at Los Baños and is married with two kids.