If you’re looking for romance, chick lit, YA, and new adult by Filipino authors, we’ve got them right here: Some indie-published romance authors and I started this after they successfully finished #romanceclass, #buqosteamyreads, and my other online writing classes. Thought we’d make it easier for readers to see our work, because most of them are indie-pubbed and each author has her own marketing and social media thing going on.

First of all, it’s amazing that in a few years we’ve gotten to the point where we have a catalog and over thirty books listed. (Once we start adding the 30 #buqoYA finished books, this would go up considerably.)  Most of these titles are in English, right now, because they took a class under me and I write romance in English and in the beginning was comfortable teaching only that. But in the recent classes the authors have branched out, and we’ll have Tagalog/English titles on the site too.

There’s a lot of talk about diversity in publishing right now, and I must admit, we didn’t have that as a goal when the classes started. At least, not diversity the way the current discussion worldwide (US-centric, admittedly) is talking about it. We started #romanceclass because I had met some Filipino authors who read English-language contemporary romance and chick lit, and wanted to write it. We thought there weren’t enough books being published to cover every single theme, character, and situation we wanted. So we started writing it together.

“Problem? Did Zack talk to you about our ‘problem’?”

Perhaps I had caught Lena at a bad time. She wasn’t as relaxed as she usually was. She didn’t look like she was in a hurry to go somewhere, but she sure looked annoyed at me.

“No,” I said, quickly trying to save myself. “But he’s been moody lately. He thinks something’s wrong with the two of you, but he didn’t say what. He wants to fix it though.”

Lena petulantly hugged her binder, and I didn’t need to be a psych major to know that she had just put up a wall between us. “Whatever the ‘problem’ is, it’s none of your business, Jasmine. I amdone with the two of you, honestly. I should lock you two in a room and you can either fight it out or end up together. Either way, I’m done.”

“It doesn’t matter what you say, Jasmine. It’s how it is.” 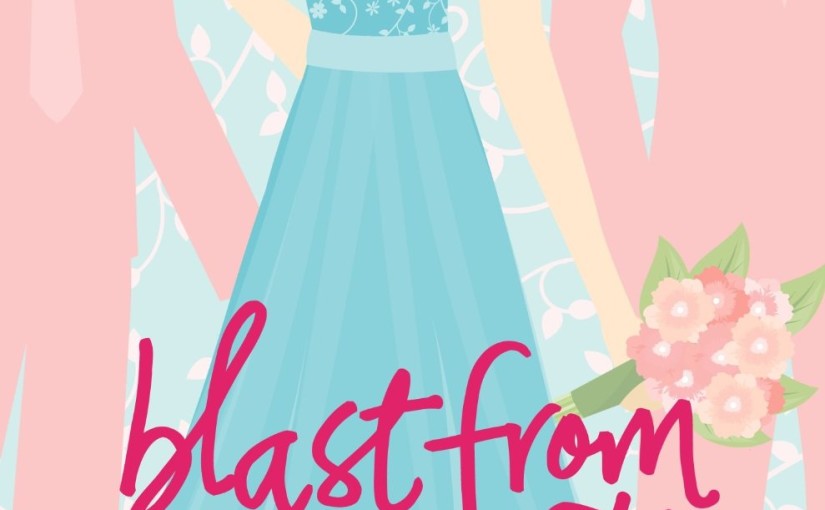 What’s up with the #romanceclass books lately? I’m going to start featuring them more on my blog and mailing list! The latest book to be released by a #romanceclass author is Blast From Two Pasts by Kristel S. Villar. Fate’s been […]